The Australian pacer Pat Cummins picked a strong World Test XI on the basis of recent performances of those players. He also selected his own name in the Test XI. 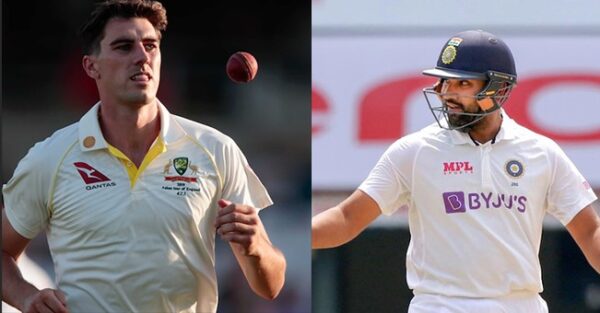 The two destructive openers David Warner and Rohit Sharma are selected for their respective jobs. On the third position, he has picked the Kiwi skipper Kane Williamson. On the 4th position, he picked his former captain Steve Smith.

The Indian skipper Virat Kohli is featured as 5th place, which is not the position of this modern-day master. Usually, Kohli is batting on the 4th position in the Test match cricket just because of the dependable batsman Cheteshwar Pujara. While in the limited-overs cricket, his batting position is number 3.

In the all-rounder column, Cummins added the English all-rounder Ben Stokes. Stokes is the perfect man for this slot due to his tremendous performances in the past years. The Indian wicket-keeper Rishabh Pant, who played some serious knocks during the Australian series, is also the part of this Test XI.

Cummins selected his own teammate Nathan Lyon as the spinner of this XI. While in the fast bowling section he included himself along with South African pacer Kagiso and Indian death over specialist Jasprit Bumrah.

The Indian Cricket Team dominated with their performances in recent years and finished the World Test Championship ranking with top position. The Virat Kohli’s team victories against the Australian, South African and England Cricket Team. Now it will be interesting to see the performance of Team India in the World Test Championship against New Zealand.