The injury scares Indian Cricket team just ahead the Test series against Australia, as the opener batsman Prithvi Shaw injured the ankle during the third day of the tour game against Cricket Australia XI. 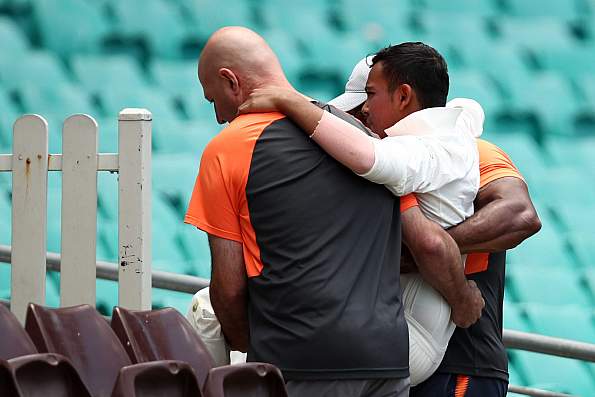 Shaw is being taken to the hospital for scans @Getty

The BCCI officials confirmed that news “Shaw is being taken to the hospital for scan” via their social media accounts.

Update: The medical team is assessing Prithvi Shaw at the moment. He hurt his left ankle while attempting to take a catch at the boundary ropes. Shaw is being taken to the hospital for scans #TeamIndia pic.twitter.com/PVyCHBO98e

If Prithvi Shaw will unavailable for the Test match due to this injury, then it will be a huge loss for Indian Team, because Shaw is in the great touch and scored a fifty during the Practice match against Australian XI.