Vivo IPL 2021, the fourteenth season of the Indian Premier League is set to commence from the 9th of April 2021. IPL one of the most followed and most entertaining sports leagues in the world and is on par with the biggest sports leagues like NFL and NBA. The league had completed 13 editions so far and it has gained value and reputation like no other. 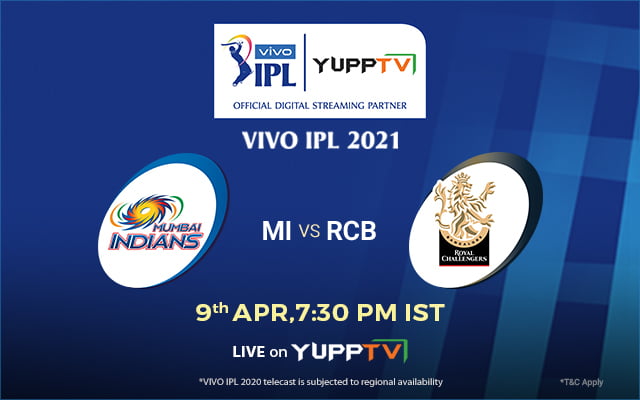 The first clash of IPL 2021 is between the defending Champions and five-time winners of IPL trophy Mumbai Indians and the most popular team of IPL Royal Challengers Bangalore. Mumbai Indians led by Rohit Sharma has been the strongest team in IPL and had proved its dominance time and again in the past decade. RCB, led by Virat Kohli is one of the most popular teams with a massive fan following but the team had never been able to lift a trophy in the past 13 editions.

Standing up against a giant like MI in the very first game might be a challenge for RCB, but the team has had some of the greatest victories in the past. RCB faced Mumbai 27 times previously and had only 10 victories in them. The team had played against many stronger teams and won in the past, and one thing that can be said about IPL is that performances of the past seasons never predict the outcome of a match.

RCB comprises AB de Villiers, Finn Allen, Glenn Maxwell, Kyle Jamieson, Devdutt Padikkal, Yuzvendra Chahal, Adam Zampa, and others with Virat Kohli leading them. The team has strong batsmen, all-rounders, and bowlers that if worked in perfect harmony might take the cup home this year. The skipper is in fantastic form, and his destruction in a combination of the 360-degree batsman will certainly be a threat to the opposition. Will they be able to work in such harmony? Only time will tell.

As mentioned earlier, Mumbai Indians is one of the strongest teams in IPL and had always done well in the past few seasons. The team comprises players like Rohit Sharma, Quinton de Kock, Kieron Pollard, Hardik Pandya, Krunal Pandya, Ishan Kishan, Jasprit Bumrah, etc. Mumbai Indians’ team is well balanced and has not changed much from the past year. But given the history of IPL, MI had never had a good start in the inaugural match of the tournament. Will the team break the pattern this year?