The Maiden edition of the ICC World Test championship has reached the climax. The summit clash of the edition will get underway on June 18 between the top two on the points table, India and New Zealand. 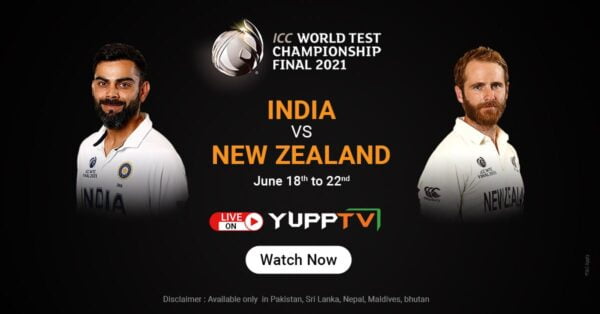 A total of 9 teams had participated in this edition which started on August 1, 2019. After countless adjustments over the two-year period, the tournament has successfully reached the final. Modifications such as changes to the point system as well as the venues, and other aspects of the tournament were inevitable, owing to the COVID-19 outbreak but the tournament was a success regardless.

The top two teams on the leaderboard, India and New Zealand, are now set to meet in the final on June 18. The final will be played at the Ageas Bowl in Southampton at 02:30 PM IST.

Let’s have a look at both the squads that are studded with star players.

Team India walks into the ICC World Test Championship final with the most number of wins. It has earned 12 massive victories, 1 draw, and only 4 losses in the league stage. New Zealand enters into the final with an equally impressive record.

Watch all the cricketing extravaganza that is the ICC World Test Championship Final Live from Pakistan, Sri Lanka, Nepal, Maldives, Bhutan on YuppTV. Download the YuppTV app and watch on smart television, smartphones, and all internet-enabled devices.