The former New Zealand captain Glenn Turner believes that the Indian captain Virat Kohli will struggle in the World Test Championship final match against his team due to the seaming and swinging condition. 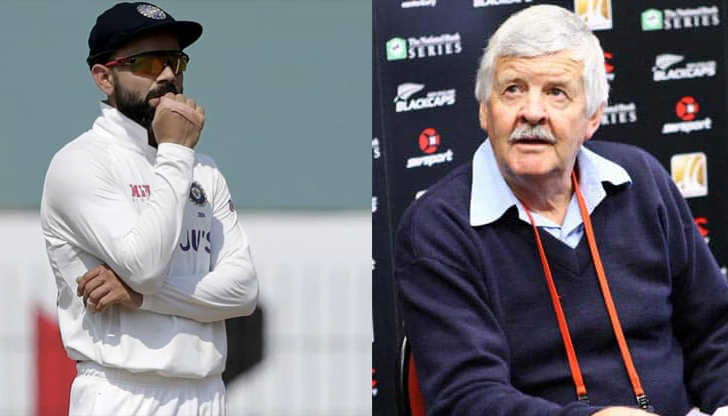 He said, “I don’t wish to speculate on whether Kohli’s reflexes have deteriorated. But if the pitch and overall conditions favour seam and swing, he is also likely to struggle along with others as was demonstrated in New Zealand.”

As we all know, during the 2014 Test series, Kohli was struggling in the England’s conditions and was almost going to be ruled out of the team.

But in the 2018 England series, Kohli busted all the doubts and scored 593 runs during a five-match Test series.

“Once again, conditions are going to be pivotal,” Turner said. “I think it is true to say that the home conditions, where batsmen are brought up, play a significant part in the technique and skills of a player.”

In recent times, Virat Kohli’s form is a little bit out of the focus. But you never know when he turned from bad form to good form.

“Although it seems that in more recent times, pitches in India can assist seam bowling, they still can’t be compared to conditions in New Zealand. This was exposed when India last toured New Zealand.”

“English conditions are generally closer to those in New Zealand,” he added.

The Indian team played their last Test match against England on home soil, while on the other hand, the New Zealand team is now playing the 2-match Test series in England.

So, of course, there is a good advantage to the Kiwis in the WTC Final match against India, which is going to start from 18th June.