Brett Lee picks his favourite Test batters from his time

The former Australian pacer Brett Lee believes that the legendary batsmen Sachin Tendulkar and Brian Lara are the two great Test cricket batsmen during the cricket career of Brett Lee. 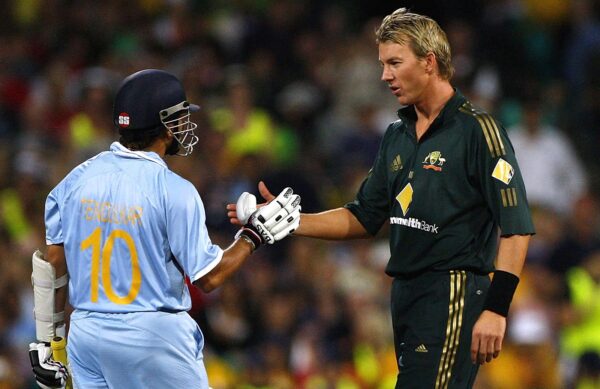 Lee talked about this in the recent press conference of the ICC. He said, “My favourite Test batters from the time that I was playing would be Sachin Tendulkar and Brian Lara.”

“Brian Lara was simply so flamboyant. You could bowl six balls to him in the exact same area, let us say at the top of the off stump, if I aimed at that spot for six consecutive deliveries, someone like a Brian Lara would hit me down the ground, he could work me behind square, he could cut me behind by a point, he could drive through the covers, he could hit me straight down the ground to the offside,” Lee said.

As we all know, Lara is the record holder of the highest Test Innings score (400). Which is almost unbreakable record so far for any batsman. Lara holds the world record of scoring most runs in a single over (28 runs against left-arm spinner RJ Peterson of South Africa) in Test cricket.

While on the other hand, the Indian legendary cricketer Sachin Tendulkar is the highest run scorer in the history of Test cricket. He also holds the record of the most Test Centuries in the Test Cricket (51).

Brett Lee is one of the best fast bowlers of all time. Lee’s career best Test performance came against the Windies Team during the 1st Test match of the 2005-06 West Indies tour of Australia. The Australian Team won that match by a huge margin of 379 runs and Lee got the wicket of Lara in 1st Innings.